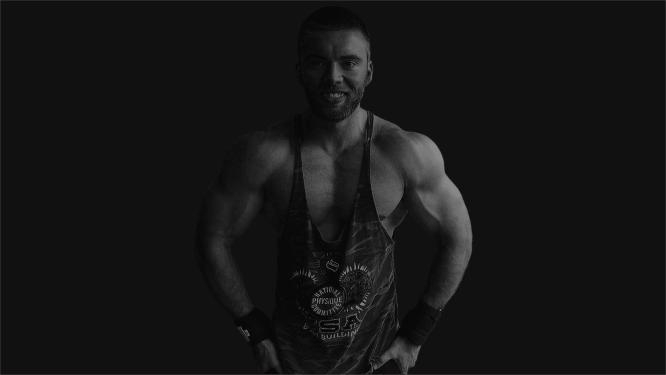 I was born with Pectus Excavatum and never really knew what it was for the longest time. I experienced my fair share of ridicule through middle and high school for the shape of my chest and eventually underwent the Nuss procedure as an 18 year old. I had two titanium bars in place under my sternum for over 7 years and have since had them removed.

Chances are if you’ve experienced something pectus related or surgery related, I’ve been there myself. It can be incredibly challenging to be confident in the way you look with pectus excavatum and that is exactly why I’ve devoted so much time and effort to working with individuals just like me.

“What’s wrong with your chest? Do you ever eat cereal out of it?” I’ll never forget being asked that question over and over through middle school and high school.

Between changing in the locker rooms In gym class and playing shirts vs skins in basketball practice, the “hole” in my chest always seemed to be the center of attention whenever my shirt came off. I hated it. I was always so embarrassed to show it off because people’s eyes were immediately drawn to it.

It wasn’t until high school that I learned that “hole” was called Pectus excavatum and it took me until the end of my senior year to admit to my parents how much I hated it and wanted to look into a fix.

And so I began the battery of tests. Pulmonary function testing, CT scan, metal allergy testing, and a small scare that I had an enlarged aortic root (I didn’t), I came to find out that this “cosmetic issue” was actually a bit more serious. The bottom of my sternum was wedged into the right ventricle of my heart. I was given a Haller index score of 4.0 (severe) and was told I’d be a perfect candidate for the Nuss procedure.

I learned that the procedure would involve putting two titanium bars between my ribs and under the sternum to push my chest up to it’s correct height. As an 18 year old kid, I’ll be honest, I didn’t care in the least how the procedure worked or how potentially “difficult and painful” it would be. The prospect of having a normal looking chest for the first time in my life meant more to me than anything else and a little bit of pain certainly wasn’t going to stop me.

I’d just been getting into bodybuilding a couple years prior and was convinced that I’d knock out this surgery and be back to my usual training routine in a matter of weeks. Looking back, I’m glad I was so naive.

I soon learned that I’d have a 3 month restriction on activity, lifting no more than 5 pounds for that entire time, and not even be able to use my arms for getting up and out of chairs. I didn’t have a true appreciation for these limitations until the surgery was complete.

I underwent the Nuss procedure on June 4th, 2011 at the hands of Dr. Victor Garcia in Cincinnati Children’s Hospital and came out with phenomenal results. One of the happiest moments of my life was waking up to see my brand new chest. I opened up the top of my medical gown to see a flat chest, with no hole to be found. This bit of euphoria and a sizable dose of morphine kept my pain at bay for the first few days. Weaning off of the meds sucked, no question about it, but I pushed through it and made it home to where the real test began.

An around the clock med schedule combined with constant discomfort and the inability to workout made the first month one I’d rather not repeat. I still wasn’t feeling much better towards the end of my first month post-op so I went back to the hospital to check things out. After more scans, it was determined that I had a pleural effusion (a build-up of fluid between the outside layers of the lungs). This is known to happen occasionally and required me to go back in for another operation, albeit a quick one, to drain the fluid from my lungs. After that I began recovering much more rapidly.

The first 3 months of recovery I barely did anything. I played video games, sat around, ate very little, and watched my weight drop from 175 lbs to 160 lbs. I was already skinny to begin with and I ended up losing mostly muscle mass in that period.

There were no exercise and diet plans for recovery from the Nuss procedure that I could follow after my surgery. For all I knew I just had to wait for my body to heal and pass the time until my restrictions were lifted. This experience became my inspiration for designing The Pectus Warriors Program. With a focus on proper nutrition and implementation of non-restricted lower body exercises and cardio I believed you would be able to regain full strength and autonomy much more quickly than just taking a 3 month break from all movement.

Once my restrictions were lifted, I was beginning my freshman year of college (to study Kinesiology – Exercise Science). While I stated this earlier, I was sick of being skinny and put all of my attention on gaining weight and building muscle. I ended up gaining 3 pounds per week for the next 4 months and I came home for winter break in December of 2011 at 205 lbs (45lbs heavier than when I left for school at the end of August 2011.

My first real workout back was quite an experience. I wanted to get back to bench pressing right away. I remember unracking the empty 45 lb bar and my arms were shaking just holding it. I worked up to 2 reps at 135 lbs that day, while prior to surgery I was able to lift 200lbs for a single. I was wickedly sore the rest of the week, as my body hadn’t handled weight like that in over 3 months.

I was able to return to a mostly normal training routine, with the exception of dumbbell rows, heavy lat pulldowns/pull-ups, and deadlifts. These heavy row variations pulled on my stabilizers and caused a good bit of discomfort for months following my return to lifting. It took about 6 months after I began lifting (9 months post surgery) for all of these exercises to feel normal again.

From there, I carried on with a perfectly normal life. I went on to compete in a bodybuilding show in 2015, placing 2nd and began personal training, nutrition coaching, and developing my own business in that year as well.

I had planned on just keeping the bars indefinitely, as I did not want to go through surgery again, but I was eventually forced to give them up. Years later, in 2018 I began feeling some resistance in my chest wall and rib cage when I was trying to breathe. I went back into the hospital for X-rays and saw that the bars were quite literally restricting my chest. I had put on so much size over the years that I had simply outgrown my bars.

So, in January of 2019 I had the bars taken out. It was a truly strange feeling to wake up from surgery and no longer have titanium bars running through my chest. The surgery to remove the bars was quick and easy. Pain was minimal and I went home from the hospital the same day.

Since then, I’ve spoken with, lectured, and coached hundreds of individuals with pectus excavatum and I continue a close working relationship with Dr. Garcia and the entire Pectus Team at Cincinnati Children’s Hospital to stay on top of the latest advances in pectus treatment. I am incredibly happy with the transformation I’ve gone through in the last decade. This process truly has been life changing. Now my focus is on helping to provide that exact same transformation – physically, mentally, emotionally – for people that are going through the same things I went through. Here is a path to follow and a guide to help them along the way.

While the majority of sound training and nutrition advice still applies to individuals with pectus excavatum, there are special considerations that should be made, particularly in the case of exercise selection, frequency, and volume.

Through a decade of personal experience and working with hundreds of clients across the country, we’ve developed a comprehensive strategy for pectus excavatum specific training for each phase of this journey. Whether you are coming to us in preparation for the Nuss procedure or are simply looking to improve your physique without surgery, we can provide you with the tried and true roadmap.

Below you will find a number of free resources as well as programs designed specifically for individuals with PE. And please, schedule a call if you need any help whatsoever. 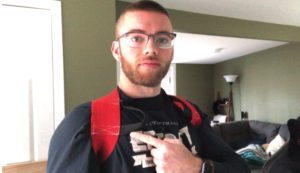 Improving your posture is one of the best things you can for your general health, especially if you have pectus excavatum. Rounding of the shoulders, 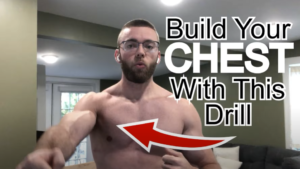 Build Your Chest With This Drill

Use this drill to determine how you should be performing the majority of your chest movements, whether that be on an incline, decline, or flat

This 50 page E-book will guide you through everything you need to know about pectus excavatum. Learn how severity is assessed and what the Haller index is. Determine whether you should seek treatment through surgery or the vacuum bell (a non-surgical tool). Learn how to put together an exercise routine to help improve posture, strength, and muscle growth without making your pectus worse. Begin building a personalized nutrition plan with specific calorie and macronutrient recommendations for muscle growth. And learn a bit more about my backstory and how I overcame pectus excavatum, so that you can do the exact same thing.

You will receive an email with a link to download.

This program is designed to help you maximize muscle growth and improve your overall appearance with Pectus Excavatum. The foundation of this program is built on the principle of performing twice as many pulling exercises as pushing exercises each week (back vs chest). This will help to improve your posture and allow your entire body to grow without making the hole in your chest look worse, which can happen if your upper body training is not properly balanced.

This program will guide you through 9+ months of training, nutrition, mobility, and mindfulness for the Nuss procedure. Whether you are getting prepared for surgery in the coming months, just had surgery a week ago, or had surgery 3+ months ago, you will be able to jump into the program and begin reaping the benefits. 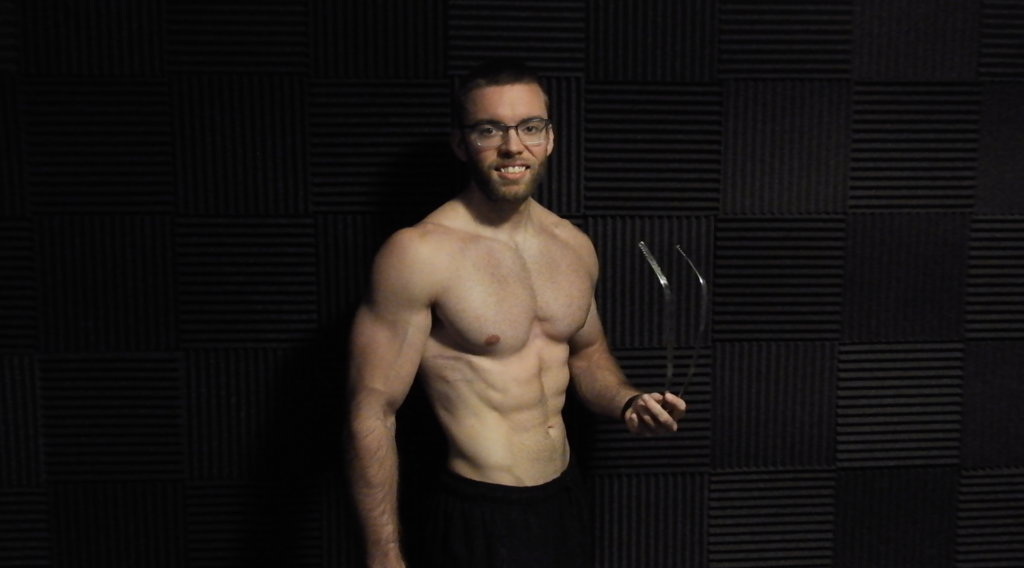